Nintendo has made it clear that they aren’t planning to make a revised version of the Switch any time soon. That said, they still love to find new ways for people to use the console, with their Nintendo Labo initiative being a recent example. If they want literally everyone on Earth to buy a Switch, they are going to have to keep coming up with new angles to grab headlines and draw in new players.

They also have to keep old customers, which certainly hasn’t been a problem for them so far, but there may come a time when Switch owners start to miss the perks of Nintendo consoles past. Many of us are already wistful for the smaller form factor of the Gameboy and DS line of handhelds, and second screen gameplay mechanics that both the Wii U and 3DS had to offer. As much as I love Splatoon 2, the loss of the option for pin-point map hopping on the Wii U Gamepad screen makes it ever so slightly inferior to the original, at least in that regard.

Artist and designer Eric Kubli has proposed a way to fix those problems. 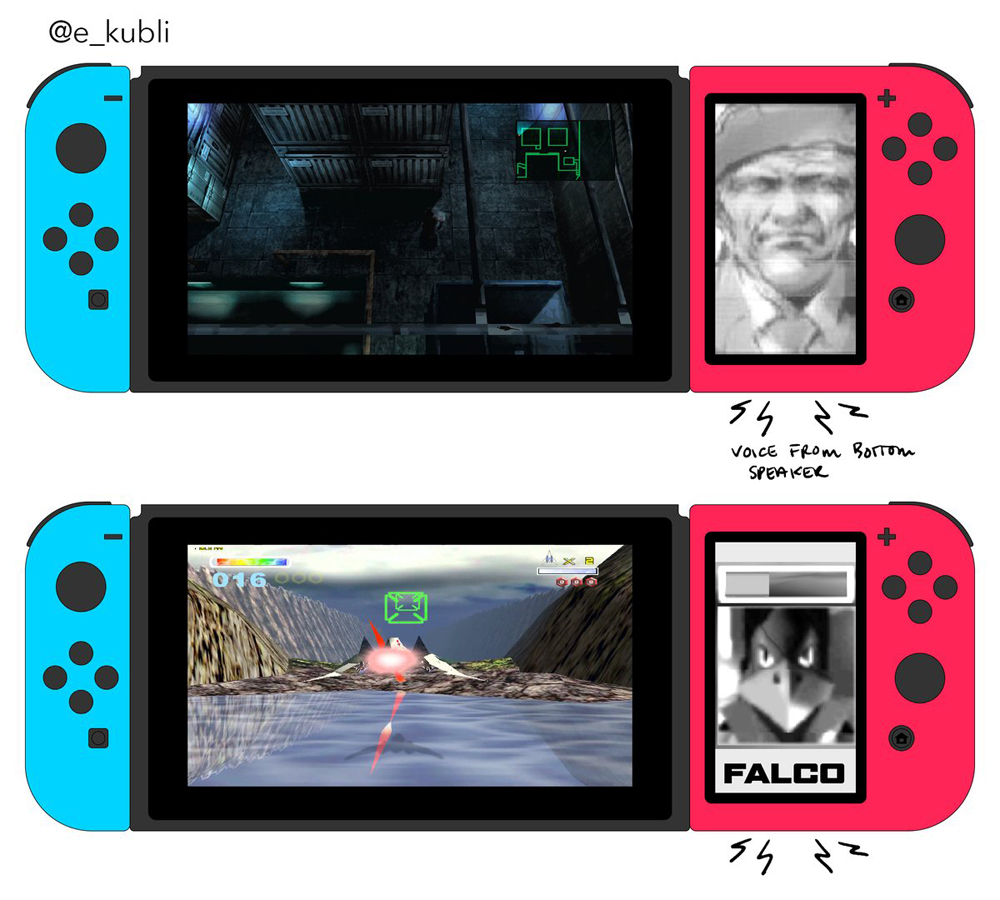 Nicknamed the ‘Boy Con’, this new theoretical peripheral would make the Switch incredibly wide when played in standard handheld mode, but it could also work on its own as VMU-style mini console, as well as a second screen enabled controller when played with the base system in TV mode. Though there is no way the mini-console could play full retail games, it could maybe hold some smaller-sized indie titles for a short time. As someone who loved downloading mini-games from my Gamecube to my Gameboy Adavance via link cable,  I can vouch for that concept. 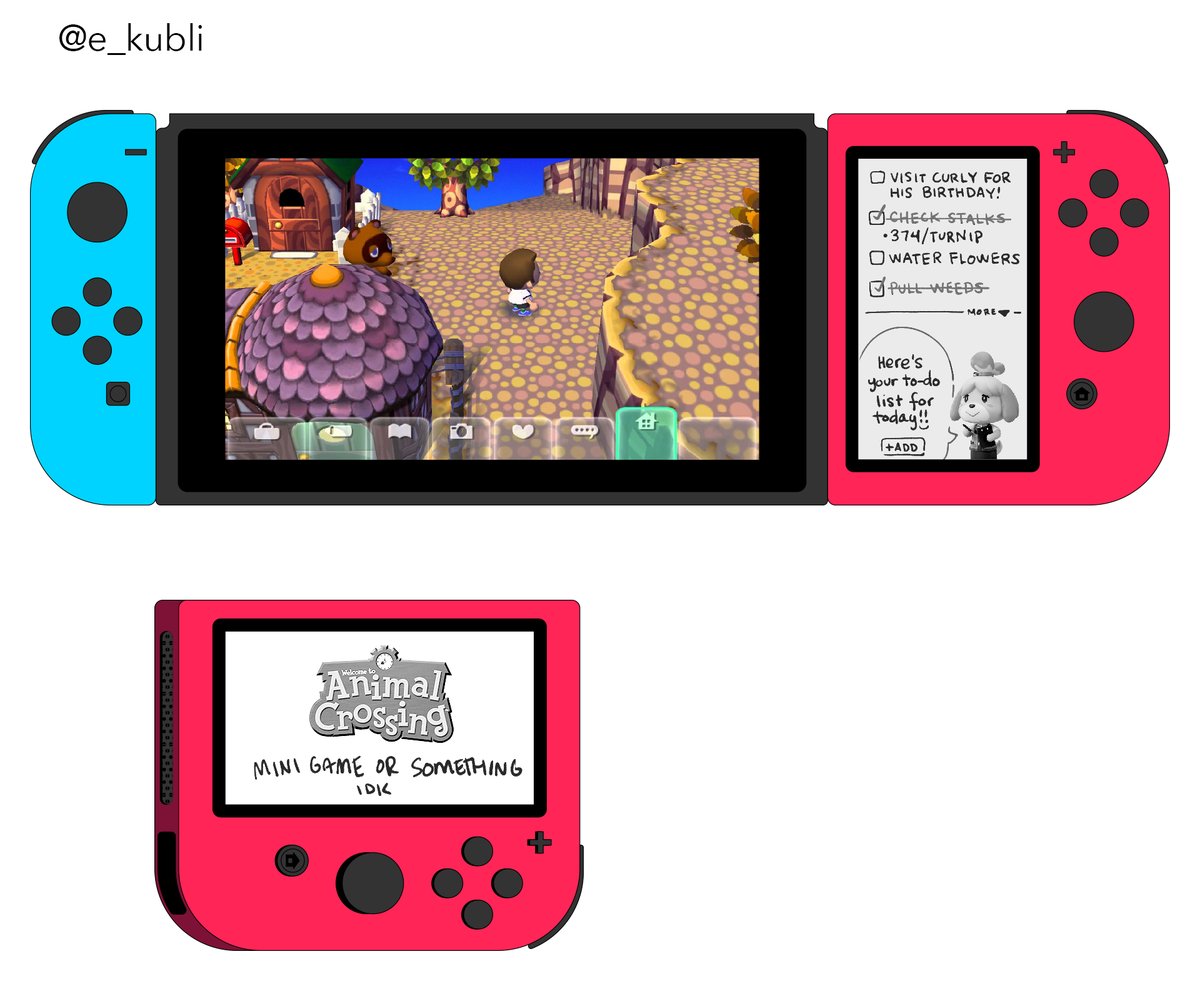 At the very least, having that second screen would make ports for games like The Wonderful 101 and Star Fox Zero a lot easier. Eric’s ideas for how the new controller could enhance the Animal Crossing experience and make Codec calls in Metal Gear Solid more fun are also worth thinking about. Seeing all that has me ready to buy a Boy Con on day one, especially if it has a traditional d-pad.